Bear Grylls bought Paccar to life on Sunday with a “Bear in the Air” visit along with his good friend Steve Backshall (best known for BBCTV’s  Deadly 60”).

The 250+ Beavers Cubs & Scouts taking part in the Annual Orienteering completion couldn’t contain their excitement as Bears Helicopter came in to land.  Bear and Steve both joined in with the Young People enjoying the activities on site including Steve taking part in a race up the climbing wall… which he lost !!!

The County Japan Jamboree Contingent were also on site and Bear was interested to hear of their plans. After a lightening tour of the Abseiling, Crate Stacking, Archery Range and of course the new Rifle Range Bear was off leaving the young people with memories that will last a lifetime…… 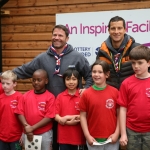 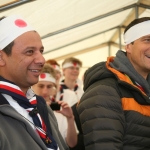 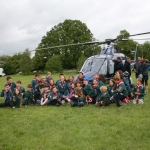 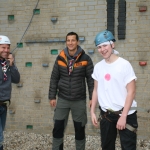 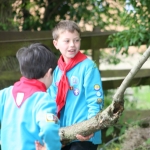 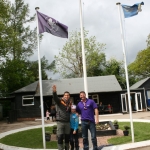 Posted On 13th March 2014 ~ 0 Comments
Friday afternoon, tents getting pitched and the wind is already starting to buffet the place. Our site was in the woods so a little more

Posted On 19th December 2013 ~ Comments Off on Thank you
Now it is nearly Christmas, it is time to say some thank you’s from the Operations team at Paccar Scout Camp. Thank you to all

View Our Risk Assessments Below